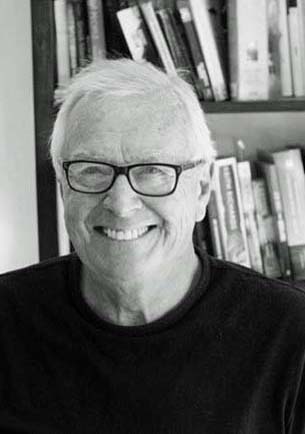 Much of Steve’s later working life was as script writer and producer of corporate videos but, early on, life as jackaroo, farmer and educator in agriculture provided the rich background to his authentic Australian outback tales. Increasingly recognised as a fine ‘red dirt’ author, Steve’s 'An Artifact of Interest' (Austin Macauley UK, 2018),’Truck That’ (self-published 2019) and now ’Death In A Matchbox’ (Moonshine Cove US, October 2020) are available as eBook & paperback through Amazon and leading bookstores. Watch for future titles, the next being ‘A Red Handbag’. Steve lives in North Fremantle with his artist wife.

Death In A Matchbox by Steve Rogers - available from all good bookshops,  Amazon/Kindle; Goodreads and trade enquiries.

Even fifty years after a devastating fire shut down gold mining operations at Cleary's Creek in WA dead bodies keep turning up. Is a cache of gold rumoured to be hidden there the reason, or perhaps it’s triggered by a miners versus farmers feud? Outback artist Carter De Freitas and his young painting companion Elise are there to capture the charm of the old mining installations, but they soon find themselves up to their necks in a mystery. Carpenter, Carter's three-legged canine companion goes exploring .... 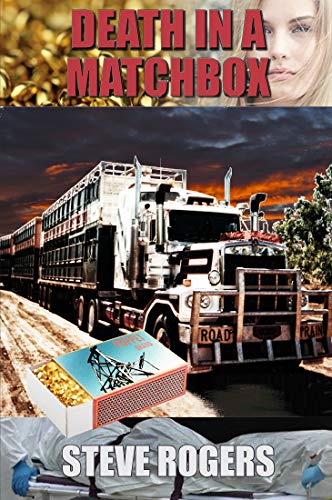 See Great reviews of the book.

Truck That by Steve Rogers - available from all good bookshops and Amazon/Kindle.

Carter de Freitas is a truck driver in the northwest of Western Australia, who picks up Elise a young, stranded Swedish tourist, on a lonely stretch of road. She is going to Broome to join the crew of a charter boat. Circumstances conspire to have de Freitas join the cruise. It is not the fishing trip it purports to be, but an illicit drug pick up. Elise and de Frietas are instrumental in foiling the operations of an inept gang of Australian drug distributors and a vengeful Vietnamese mafia chief. Through a series of misadventures the couple and de Freitas's dog Carpenter are chased throughout  the north-west.  The death of various protagonists make the couple realise the game they are involved in is serious. The Kimberley coastline and the red interior of the north-west provides a scenic setting for this couple who are bound by a love of art and painting, and the fatherly attitude of de Freitas and Elise's need for a father figure.

An Artifact of Interest by Steve Rogers - available from all good bookshops and Amazon/Kindle.

When a young city man chases a career change as a jackaroo on a cattle station in the Kimberley, he could not have anticipated becoming involved in an anthropological mystery. The death of a field scientist investigating her theory that the region may have been settled by a hitherto undiscovered group of Aboriginal people is based on her discovery of a new form of rock art. Her death was originally thought to have been accidental, however, there appear to be vested interests who want to disprove or subjugate her theories. Motive enough for wanting her dead? 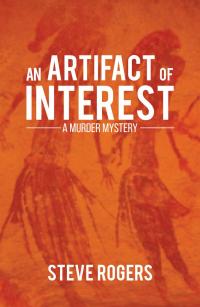 See Great reviews of this book

A light-hearted rhyme to discourage under eight-year-olds from picking their nose. Irreverently Illustrated to highlight the message. Written by childrens' author Steve Rogers under the nom-de-plume Uncle Rotten.

'Don't Pick Your Nose Leo' is available for $16.50 including postage. To purchase, contact the author via our Contact Us page.