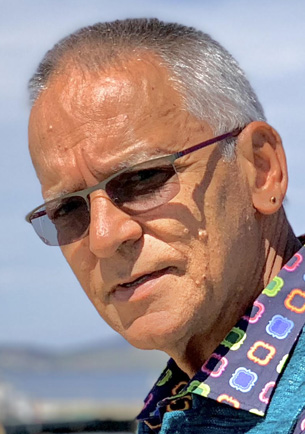 Shadley Fataar lived under the yoke of apartheid in Cape Town, South Africa.

His politically formative teens began with the 1960 police-shooting deaths of 69 Sharpeville anti-pass law protestors. Two of his activist Livingstone High School teachers were imprisoned on infamous Robben Island, while three others were banned including his father, Alie Fataar. Alie escaped into exile as did two colleagues.

After working in a Zululand mission hospital, on his return to Cape Town he witnessed escalating police brutality in Cape Town following 170 Soweto student deaths in 1976.

From 2000 to 2005 he reported on local running, scuba-diving and expatriate golf for the Oman Times. Shadley has lived in Kuwait, New Zealand and Oman, and now has 50 academic papers to his name.

His recently completed trilogy of socio-political thrillers, 'In the Shadow of Table Mountain, Cape Town' offers insights to how more deaths resulted from poverty, ill health and crime than repressive police violence and attempted insurrection. His opus concludes with South Africa's first democratic elections in 1994.
A semi-retired radiologist who lives in Coffs Harbour, Australia, Shadley spends more time as a writer than a doctor. He has been a member of the Coffs Harbour Writers Group since 2006.