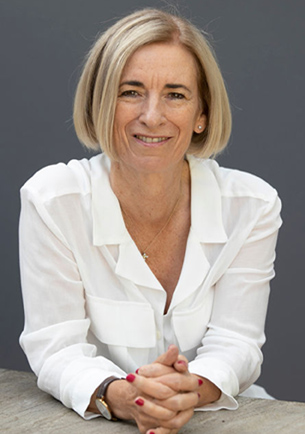 After graduating with a BA Comms, Sarah worked as a journalist, newspaper columnist, magazine editor and publicist. For 15 years she headed her own PR company before packing her bags and leaving Sydney for NSW’s Southern Highlands to take up full-time fiction writing.

She then took a six-month online course and in-house London summer school with Curtis Brown Creative. Further to that, she was accepted into Lynn Hightower’s one year Masterclass at UCLA (University of California, Los Angeles) and was nominated for 2017 James Kirkwood Prize.

In 2019, she was shortlisted for the Grindstone International Novel Prize for her current work-in-progress, a wartime mystery.

THE DILEMMA by Sarah Hawthorn

A daughter returns to the island of Guernsey to solve a mystery and track down the truth about her mother’s double life, in this historical page-turner.

1958. Esme, a novelist, finds a potential new literary project. A housemaid named Clara was convicted of murder, perhaps unjustly, amid the ending of World War II and the liberation of Guernsey from Nazi occupation. Esme’s trip to Guernsey is an opportunity not only to research the case, but to learn more about her mother’s family—as well as to heal from the heartbreak inflicted on her by the man she loved . . .

1915. A teenager marries her childhood sweetheart before he heads off to fight in the Great War. But he doesn’t come back, and Jane, presumed a widow, flees Guernsey—devastated by her loss. In London, Jane finds a new life and a new husband—but her past isn’t done with her yet.

This absorbing novel follows the parallel paths of two generations of women, and as each is faced with painful decisions and shocking discoveries, a question emerges: Can a lie be forgiven when the truth seems too much to bear?

The Dilemma was published by Bloodhound Books on 18th July 2022 and is available from all good bookshops and as a paperback, eBook or audiobook at, Booktopia, Amazon, Kindle and other online stores.

A VOICE IN THE NIGHT by Sarah Hawthorn

In a novel filled with compelling characters, and set in London, New York and Sydney, it seems that anyone could be out to sabotage Lucie's memories and ambitions, including herself. A Voice in the Night is an addictive thriller of twists and turns, a gripping and emotionally resonant debut from a striking new voice. Take a look

A Voice in the Night was published by Transit Lounge Australia on the First of July 2021 and is available from all good bookshops and as a paperback, eBook or audiobook at, Booktopia, Amazon, Audible and other online stores.

Brightside Story Studio has a great interview with Sarah.