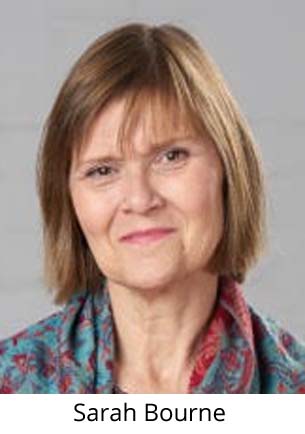 Sarah Bourne was born and brought up in England, but has also lived in Japan and the USA. After travelling extensively in Europe, Asia, and South East Asia she settled in Sydney, Australia. She is a counsellor and finds people and their behaviour endlessly fascinating. She also teaches yoga and volunteers at a hospice writing biographies for people with a life limiting illness.

Winner of the 2017 Hunter Writer’s Centre prize for her short story entitled 'The Sounds Of You', submitted to their Grieve Anthology. Karen Crofts, Writer, teacher of Creative Writing and Director of the centre, said, "Absolutely loved your piece. I will use it in future to demonstrate brilliant writing other than with the sense of ‘sight’. It was such a personal story but also so universal.”

Sarah is delighted to have recently signed a multi-book contract with Bloodhound Books in the UK. Her first novel, 'The Train', was published on 29th March 2021. She also writes mysteries as Sarah St. George.

More about Sarah at: - http://sarahbourne.wordpress.com

When Lives Collide by Sarah Bourne

When strangers Emma and Loretta are involved in a car accident, their lives are changed forever. As they try to move on, the consequences of the accident spin them into turmoil, challenging their relationships and their ideas about themselves.

Months later, the future still looks bleak for Loretta, while Emma seems to be faring better, having extricated herself from an abusive relationship and considering moving overseas for work.

But life doesn’t always go the way you want it to, and sometimes the only person who can help you is the one you hate the most. 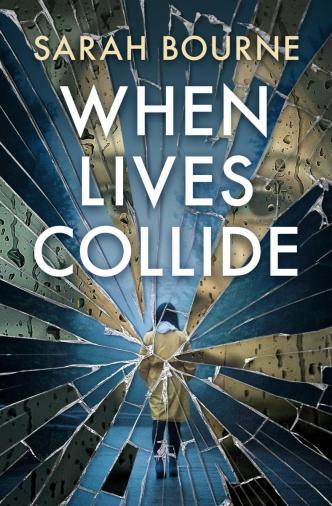 When Lives Collide was published on 27th September 2022 by Open Road Media. Available to order now from Kindle.

“The novel does what fiction does best: exploring the small moments that can change lives for good.” —The Bookbag

On a remote Shetland island, a mother and daughter’s strained relationship is tested as dark and long-hidden secrets are revealed . . .​

Kirstie exiles herself to the small Shetland island of Yell after yet another torrid affair. She knows she went too far this time—her desperate behaviour caused the breakdown of her lover’s marriage. Taking up residence in her grandparents’ croft, which has lain empty since their deaths, and wanting time to reflect on her life and disastrous relationships, Kirstie begins to write about her obsessive ways.

What she hasn’t realised is that the island is full of relatives she never knew she had. Kirstie has spent her life feeling unloved, hurt, and angry, and has wondered what part this played in the all-consuming manner she is drawn into relationships.

As Kirstie allows some of the local people into her life, she learns of her mother Morag’s tragic history—and begins to reassess her mother’s behaviour. But as Kirstie grapples with her past and begins to settle into her present, Morag decides to visit, throwing Kirstie into turmoil once again—and revealing even more shocking truths . . . Take a look. 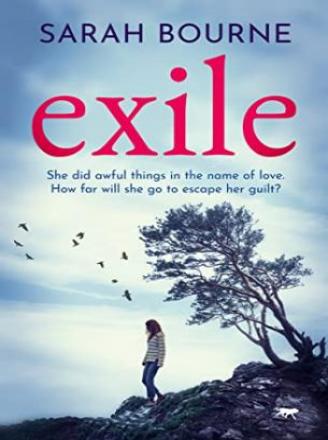 One reviewer said "5.0 out of 5 stars This book will stay with you long after you’ve finished - highly recommended."

Exile was published by Bloodhound Books on 23rd March 2022.

A woman is detained by authorities after a terrorist attack, sending her on a twisting path from London to Afghanistan in this emotionally powerful saga.

When Laila and her lover, Faisal, are detained after the 2005 terrorist attack in London, it sets in motion a chain of events that will alter Laila’s life forever.

After being held in solitary confinement for months, Laila is released back into the world without charge, a woman changed beyond recognition. When she decides to leave the country and travel to Pakistan to look for her elusive father, Laila is reunited with Faisal in Peshawar—but the romance is short-lived when she finds herself kidnapped and taken to Afghanistan, leaving her sad, angry, and uncertain if she will ever find her place in the world and the freedom she craves . . .Take a look 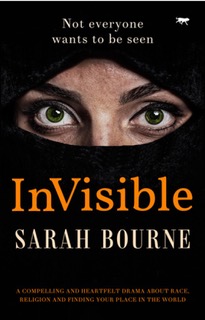 Very well written, with believable characters you will either love or hate, sometimes mistakenly. It is hard to categorise this novel: family drama with thriller and romance thrown in. It’s a great read and very thought provoking. 5 stars.

InVisible was published on September 1st 2021 by Bloodhound Books.

Will she ever discover the truth?

Ella Elkington wakes up in hospital with minor physical injuries but no memory. She cannot even remember her own name.

The doctor treating her tells her that she had a car accident and has been identified by a letter found in a handbag. Asking to see the letter, hoping to find out about herself, she learns the letter is now missing.

When the hospital tracks down her brother, he visits her, and Ella has glimmers of childhood memories.

After she is released from hospital, with the help of diaries and letters, and her long-time friend Sheila, Ella begins to piece together her past. She learns she was a nurse during the war, who was sent to work in a mobile hospital in France after the D-Day landings.

But, haunted by nightmares, Ella struggles to understand how she ended up in the accident.

What happened to the missing letter?

And who is the young man who haunts her dreams?

In order to understand who she is, Ella must face a terrible truth in order to make peace with the past and find a way to live again…Take a look.

'Ella's War' was published by Bloodhound Books on 14th June 2021

The Train by Sarah Bourne - available from good bookshops, Amazon/Kindle and Booktopia.

When the day starts with a tragedy, where will it lead?

When a woman steps in front of a commuter train to end her life, it sets in motion a chain of events that will also change the lives of its passengers forever.

Eight strangers start their day unaware of the events about to unfold, but they find themselves having to reassess who they are and what they want from life.

Emotional responses rise to the surface, including some of the choices they've made in life and their own mortality. Can their lives go on as they were, or will this stranger's death be the catalyst they need for change?

The Train is an emotional look at how people react to a tragic event and asks the question, how do we recover from tragedy? Take a look. 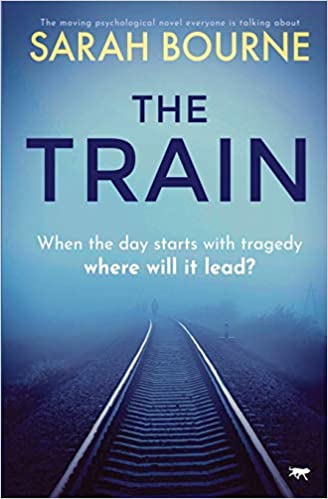 'The Train' was published by Bloodhound books on 29th March 2021.