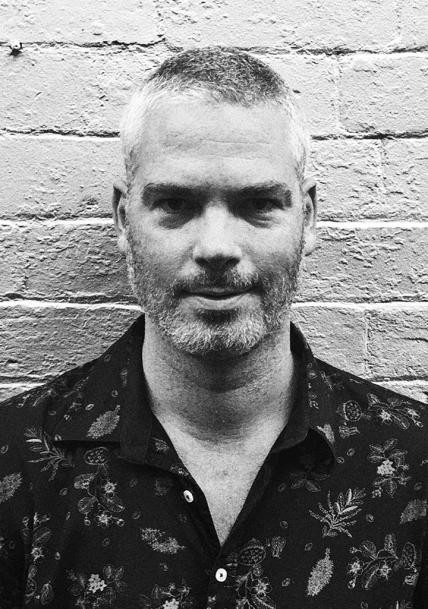 A lawyer by trade, but perhaps not a particularly good one, it occurred to Miles that he might be working in the wrong field, and so began his journey of discovery to exactly what he should be doing. Drummer in the band Suite Nonchalant was not a success. Similarly with stand-up comedy, gigs at various venues and festivals… one day he performed a sketch to an audience of two, and realised the party was over. For a brief, foolish, moment he considered his true path might be politics, so joined the Drug Law Reform Party, hoping to be elected to the Senate at the Federal Election of 2013… but fell just a few hundred thousand votes short.

In writing, however, Miles feels he really has found his true path… has been writing novels ever since, mixing satire and philosophy in his stories.

A student of philosophy at university, Miles continued his training at the School of Practical Philosophy and realised, as he read Socrates, Buddha, Ghandi, Jesus and Shakespeare, people from across the planet, from all the ages of civilisation, have similar questions and thoughts about existence: a search for truth, justice, empathy, generosity and love are common to all people.

This philosophy, and Miles' constant search for experience in his day to day life, is what informs his writing.

The Information Editor by Miles Hunt.

“To control information is to control everything.” - Gorilla Industries
Welcome to the future – one that may already be here! A world of slave-like employment, profit over people and consumption at all cost – where technology rules, advertising covers the sky and individual freedom has been handed over to the corporations. A world where the economy is God, community is dead and information has infested every aspect of life from virtual dreams to the non-stop 24-hour (fake) news cycle.

Meet Johnson, an Information Editor at Gorilla Industries – one of the Trade Bloc’s main media companies – who works unquestioningly for a system that keeps him down. Things begin to change when he hears the rebellious words of a masked reactionary known only as The Renegade. But how far is Johnson willing to go to alter his life? And what risks will he take to uncover the truth behind everything?

'The Information Editor' is the first in a duology consisting of two contrasting visions of the future. This dystopian novel, set in a world of information control, rampant surveillance and unregulated capitalism, will be followed shortly by a utopian vision called 'The Story Teller'. 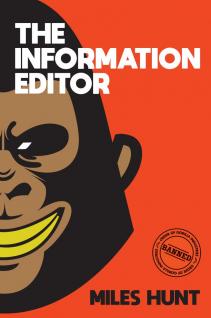 'The Information Editor' was published by Arcadia fiction imprint​ on 25th February 2021and is available from Amazon, Kindle and Goodreads.