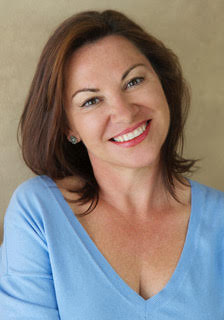 Lisa’s passion is for writing fiction about women in their thirties and forties navigating friendships, careers, romance, and ultimately triumphing over adversity.

With several previously published novels under her alter ego, Lisa’s seventh novel, Lily's Little Flower Shop was published by Bloodhound Books UK in May 2021. It has since been published in France as L’adorable boutique de fleurs de Lily, and in Italy as Il piccolo negozio di fiori di and as an audiobook in English.

My Big Greek Holiday was published by Bloodhound Books UK in August 2021 and is also available as an audiobook.

Should You Keep A Secret? was published by Bloodhound Books UK in April 2022.

A creative writing teacher, Lisa also presents workshops, has been on panels at RWA conferences, GenreCon, Sydney Writers’ Festival, and many regional writers’ festivals, including the inaugural Berry Writers Festival, 2022.

Should You Keep a Secret? by Lisa Darcy is available from good bookshops and as a paperback, eBook or audiobook at Amazon/Kindle. Previously published as Stella Makes Good (2012), it has been updated and retitled for this new edition.

Two women have learned something shocking about their friend’s husband—and revealing it could either save her or destroy her . . .

During a night out at the pub, Stella and Carly accept an invitation to a local party, but the scene they find there is not what they expected. It’s a swingers’ event—and their friend Jesse’s husband is there among the swingers.

Now the two women aren’t sure what to do. Stella, is inclined to keep quiet. She doesn’t want to poke her nose into someone else’s marriage. The last thing she needs is more stress. Carly, on the other hand, thinks telling the truth is the right thing to do.

As the two deal with their own personal lives—Stella facing a marital separation and an ailing mother-in-law, Carly coping with loneliness as her husband works long hours—they find themselves blurting out the shocking news. And even as dark secrets about Jesse’s situation are revealed, Stella and Carly will make some discoveries of their own.

"A tale of love, loss and friendship, Should You Keep a Secret? is a very thought provoking read. I loved the plot of this book and was immediately invested in it from the opening chapter." - Marnie

"In life there are always surprises and unexpected turns and this book definitely covers a lot of those." - Caterina

"You will feel the characters despair, happiness and strength. With moments of laugh, and cry this is a book that will leave you thinking about it long after finishing the last page." - Vivian

My Big Greek Holiday by Lisa Darcy available from good bookshops, and as a paperback, eBook or audiobook at Amazon/Kindle and Audible. Previously published as Claudia’s Big Break (2011), it has been updated and retitled for this new edition.

Will she get more than a tan?

On an all-expenses-paid holiday, Claudia Taylor jets off to glorious Santorini with her two best friends, Tara and Sophie. But when her simple task of handing over a flash drive becomes complicated, and the handsome Jack tries to romance her, Claudia’s holiday becomes less relaxing than she’d hoped.

Sophie, a former high-flying lawyer turned mother of one, is no longer sure what the future holds. Tara is toying with the idea of leaving her less-than-satisfying job to realise a long-held ambition to be a writer. After taking stock of their lives will they all find what they are looking for?

One thing is for sure, life will never be the same for Claudia and her friends after their much-needed holiday in paradise.

My Big Greek Holiday'is a funny, thoughtful novel about friendship, romance, laughter and shopping - with some drunken karaoke thrown in. Take a look!

"Yet another great read from Lisa Darcy!" - Susannah Hardy.

Lily's Little Flower Shop by Lisa Darcy - available from good bookshops, and as a paperback, eBook or audiobook at Amazon/Kindle, Booktopia.and Audible.

Can life ever be a bed of roses?

When Lily misses out on a well-deserved promotion the day her boyfriend is offered a job overseas, she faces a choice: should she embrace an expat life, or follow her childhood dream and become a florist? Deciding to follow her heart, she moves to the coast and decides to start again. But fitting into the tight-knit community proves harder than she expected.

As she navigates new friendships, financial worries and the pull of returning to her city life, she learns how flowers can bring her the happiness she’s been looking for. And when romance appears on the horizon, Lily realises she can’t commit until she reconciles her mistakes. Can she overcome her past and learn the true meaning of love? 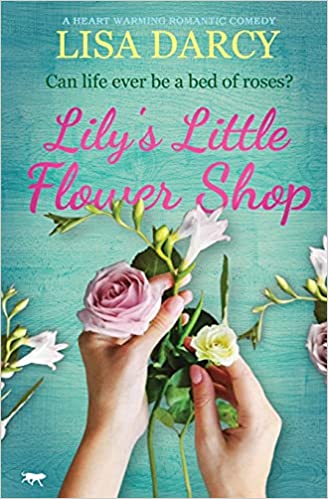 Lily's Little Flower Shop was published on 19th May 2021