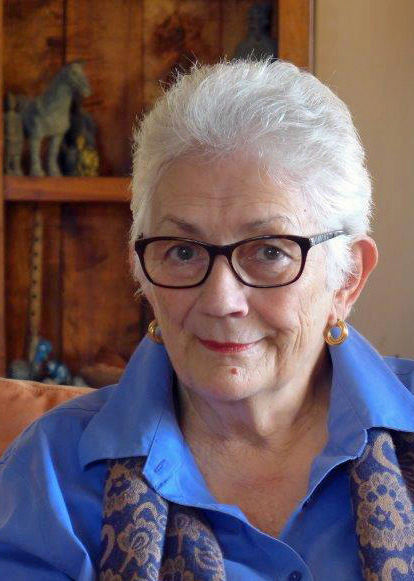 Lesley is a fifth generation South Australian. She has been a film, television and live theatre producer for over 40 years.   Lesley began her career as a trainee performing arts administrator with The Australian Elizabethan Theatre Trust in Sydney, managing many national tours of international and Australian companies, orchestras and ensembles during her 8 years with the AETT.

In the early 1970s Lesley returned to her home state, South Australia.  This was the time of the beginning of the revival of the Australian film industry, spearheaded by the South Australian Film Corporation (its productions include the classics of the Australian cinema - Sunday Too Far Away, Picnic At Hanging Rock, Breaker Morant and Storm Boy).  Lesley was Executive Producer of Documentaries with the SAFC for over 8 years and a member of its Board of Directors. Lesley was also appointed to the Board of Trustees of the Adelaide Festival Centre.

In 1984 Lesley became Programming Director of the Victorian Arts Centre, a position she held for ten years. She was responsible for the Centre’s own presentations including many leading international symphony orchestras; international classical and jazz soloists and ensembles; through all musical forms to country and pop; opera; drama; dance; mime and children’s programming.

Lesley left the Victorian Arts Centre in the early ‘90’s to begin her own production company with Jenny Walsh.   Together they have written, directed and produced 32 wildlife television specials as well as two feature films plus live theatre presentations.  They have extensive screen industry experience in China, as well as live performing arts, having worked in/with China for 30 years. Lesley and Jenny Walsh have just completed their first book ‘The Perfumed Ark’, a memoir about their travels making wildlife TV and feature films.

Below is an interview with Lesley for Richard Fidler’s ‘Conversations’ program on ABC radio.

«Back to all authors​