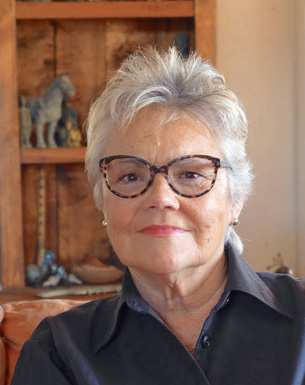 Jen began life in London before her family migrated as ‘ten quid Poms’ in the ‘50s.  She went to school in New Zealand, Adelaide and Melbourne then joined ‘The Advertiser’ in Adelaide as a copy girl.  It was fierce competition for the job but the fact Jen was State junior chess champion impressed the editors!

During her cadetship Jen spent many nights singing in a rock band before heading to Papua New Guinea to work on the national Pidgin newspaper. Back in Australia, she joined the Nine Network as a reporter and producer of news and documentaries.  Later she was involved in the setting up of TV news in Johannesburg where she produced South Africa’s first English speaking television news bulletin. During this time, Jen also reported on the 1976 Soweto riots, an uprising which triggered the end of the apartheid era.

Jen returned to the Nine Network in Melbourne before joining forces with Lesley Hammond with whom she wrote and produced wildlife documentaries filmed in 23 countries as well as two feature films. Their films were licensed to 100 countries via National Geographic, Discovery and Animal Planet and global terrestrial networks.

Their company LJM Productions is currently digitally re-mastering its 32 documentaries for re-release into the burgeoning international secondary TV market which has been opened up by the likes of Netflix, Amazon, Apple and Disney.

When she’s not playing chess or her guitar, Jen likes a good red wine and a fine single malt.   Not necessarily together.   Jen and Lesley Hammond have just completed their first book ‘The Perfumed Ark’, a memoir of their decades making wildlife programs and feature films.